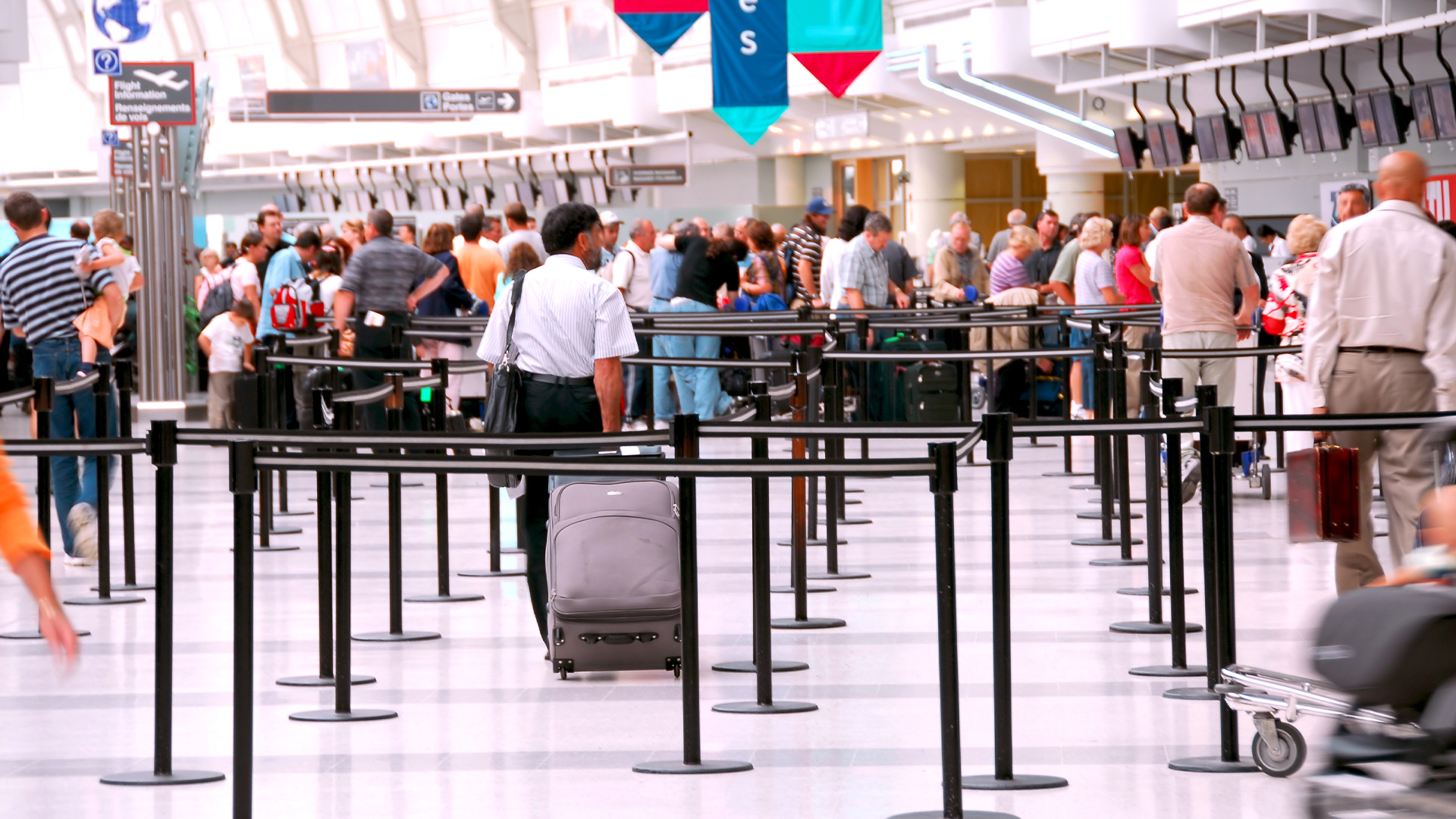 Full containment, remediation, re-insulation, testing, and containment tear-down had to be completed each night before increased public traffic in the ticket lobbies the next morning.

About the Orlando International Airport

The Orlando International Airport in Orlando, FL was opened in 1981 and is the busiest airport in the state, acting as an international gateway to Florida. The airport needed to remediate the ACM duct mastic and pipe insulation in the East and West ticket lobbies and replace it with new fiberglass insulation, and Simpson Environmental was requested to perform the work. Being a licensed abatement contractor and mechanical contractor, Simpson Environmental was able to complete both the abatement and re-insulation all as part of one contract with no subcontracting required.

The Orlando International Airport is a 24/7 airport, meaning abatement and re-insulation had to be done overnight during the lowest public traffic hours. Full regulatory compliant negative pressure containments needed to be constructed, ACM materials properly removed, re-insulation applied, final air testing performed, and containment broken down before increased public traffic the next morning. This process was repeated each night for 90 separate shifts.

Coordination with the airport, a tight timeline from the Greater Orlando Aviation Authority, and the airlines was consistent. Workers had to obtain proper clearance badges from the airport to follow security guidelines, keeping the project on schedule with no hiccups. Successful completion of this project has led to continued work at the Orlando International Airport within both “sterile” and “non-sterile” areas, with the designated “sterile” areas requiring additional and meticulous FAA background checks.

The companies of EIS have safely completed more than 35,000 asbestos abatement solutions at schools, hospitals, government sites, commercial and industrial facilities, and railroad sites nationwide. We work on projects big and small, from $5,000 to over $20 million, and are consistently ranked among Engineering News Record’s list of Top Abatement Firms in the U.S. EIS companies are licensed for asbestos abatement and removal across the United States with offices located throughout the nation.

Our extensive background and experience have allowed us to successfully conduct asbestos removal solutions for a diverse client base on all types of commercial infrastructure. EIS team members support good communications, prompt attention to paperwork and ensure that work plans are compliant with local, state, and federal regulations. EIS companies are experienced with complying with governmental agencies and regulatory bodies.