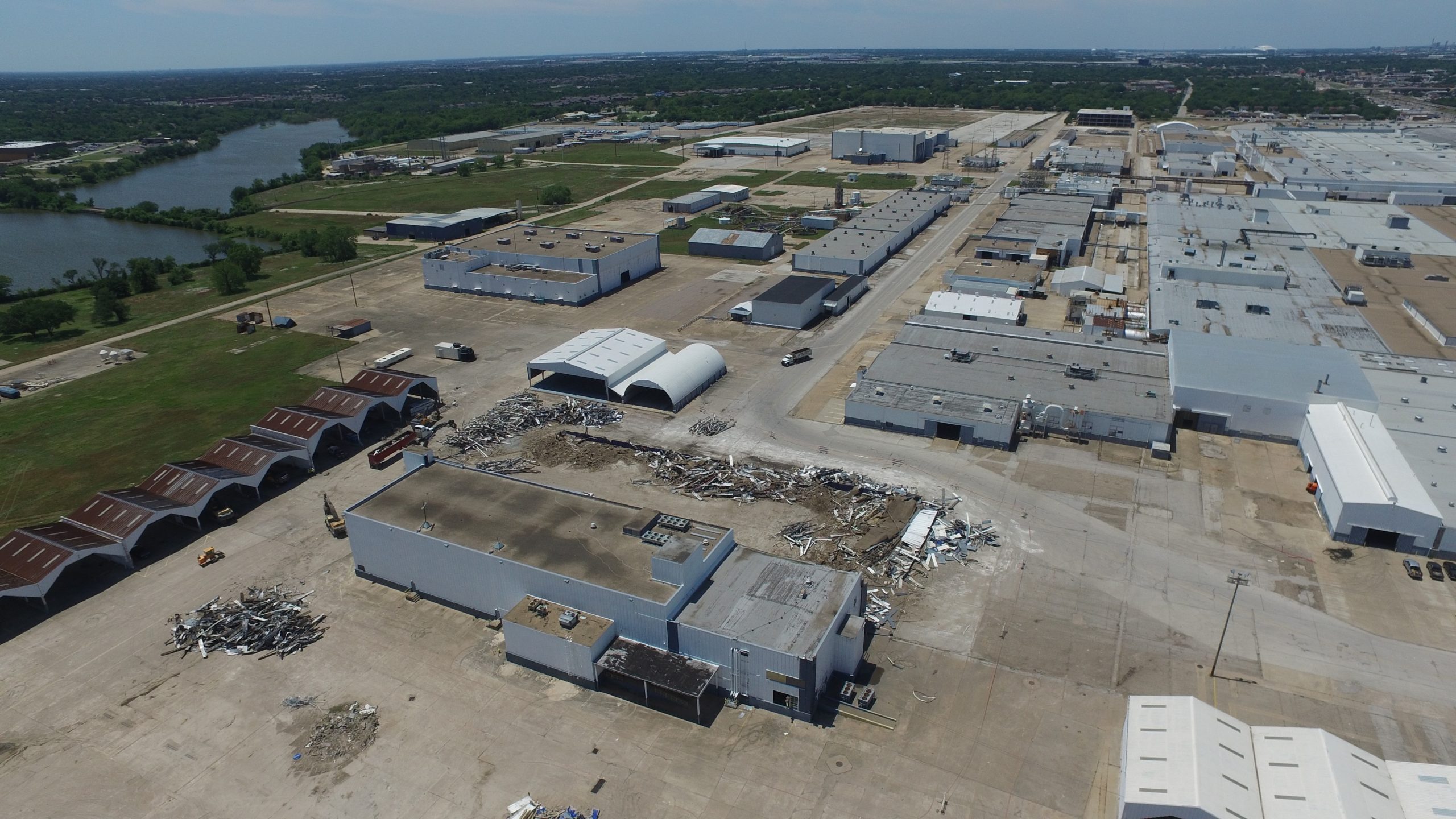 Asbestos abatement was fast tracked and coordinated with the client's selected demolition contractor in order to allow for the timely construction of The Home Depots' 2 million square foot distribution facility.

The Vought Aircraft Plant was first constructed in the 1940’s to support the armament construction for World War II, and over the years has supplied the United States Armed Forces with iconic aircraft like the Vought F-8 Crusader.

The facility was shut down in 2012, and in 2017 efforts began to turn the property into The Home Depots’ largest distribution facility at approximately 2 million square feet. 1 Priority was called upon to perform the asbestos abatement of 157 manufacturing and office buildings, plus the abatement of above and below grade utility systems.  Work progressed at a designated fast pace and care had to be taken to preserve certain historical features and building sections.

The companies of EIS have safely completed more than 35,000 asbestos abatement solutions at schools, hospitals, government sites, commercial and industrial facilities, and railroad sites nationwide. We work on projects big and small, from $5,000 to over $20 million, and are consistently ranked among Engineering News Record’s list of Top Abatement Firms in the U.S. EIS companies are licensed for asbestos abatement and removal across the United States with offices located throughout the nation.

Our extensive background and experience have allowed us to successfully conduct asbestos removal solutions for a diverse client base on all types of commercial infrastructure. EIS team members support good communications, prompt attention to paperwork and ensure that work plans are compliant with local, state, and federal regulations. EIS companies are experienced with complying with governmental agencies and regulatory bodies.